When you think of schizophrenia, you might bring to mind the representation often seen on television and in the movies. Wild hallucinations, intense paranoia and voices with strange or unpleasant instructions are three things usually plaguing the fictional schizophrenic. While these symptoms can certainly be part of the illness, they're far from the whole story, nor is schizophrenia the same for every sufferer.

If you're concerned about the mental health of someone you know, it's a good idea to look out for some of the more subtle signs of schizophrenia, as the illness is not always as obvious as you might think. The following symptoms might indicate an issue, but make sure you proceed carefully if you suspect someone has a mental health condition.

People with schizophrenia sometimes appear like they're not really experiencing emotions, at least not to the extent that healthy people should. This might be reflected in their tone of voice, reactions to events, or general demeanour. It's important to remember, however, that some people just don't generally show much emotion, so bear in mind what you know about the person.

While schizophrenia does influence people's behaviour, that doesn't necessarily mean they'll start acting in bizarre and outlandish ways. The key to this symptom is change. If you notice marked differences in someone's behaviour that appear suddenly and may come and go in episodes, it's cause for concern.

Schizophrenia can cause people to feel a sort of mental fog, which makes it difficult to concentrate on conversation, reading or television. This can be a symptom of many mental illnesses including depression, so it shouldn't be taken as a sign of schizophrenia by itself.

Loss of interest in normal activities

Another problem that can also indicate depression, abandoning or rapidly changing hobbies and interests is something schizophrenics sometimes experience.

The symptoms of schizophrenia can make social interaction difficult, which often causes people to avoid seeing others. If someone is regularly cancelling plans or making excuses not to do anything, it's worth paying attention to see if something else might be going on.

There's a tendency for people suffering unpleasant psychological symptoms to try and relieve them by drinking alcohol or using other substances. Alcohol abuse isn't always easy to spot since it's a socially acceptable drug, but look out for someone drinking a lot more than they used to and not wanting to stop. Although this should ring alarm bells anyway, it's even more concerning if there are other signs accompanying it. 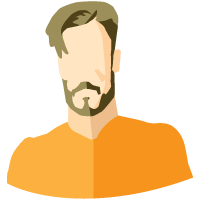 Hello! Are you interested in finding out how you can deal with various diseases and illnesses? If so, you have come to the right place. My name is Mike and I live in Alice Springs, Australia. I am not a doctor or a nurse, but I have been nursing various members of my family for many years now. During this time, I have spent many hours in the doctor's office, the hospital and the waiting room. As a result, I have learnt a lot of useful things which I would like to pass on to other people. I hope you find my new blog useful.

Essential Things You Should Know About Your Feet
12 August 2020

Could Chiropractic Care Help You With Your Arthritis?
14 October 2019